Revenues for MTN Guinea declined significantly in 2014 but have stabilised since then (Figure 1). Since Q3 2015, MTN Guinea’s revenue has been around 50 billion Guinean Francs per quarter. Figure 2 also shows MTN’s decline in revenue and subscriber market shares. 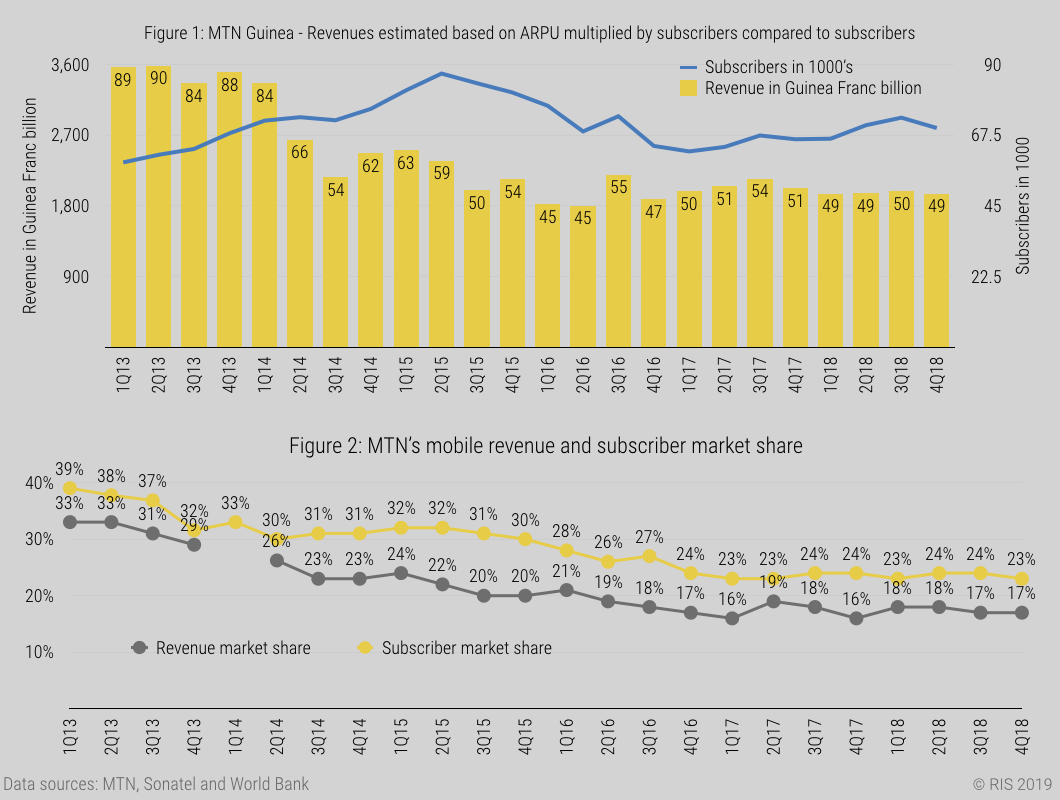 In comparison, Sonatel (Orange) Guinea’s revenues increased in local currency as well as in Euro’s (Table 1 and Figure 3). Figure 4 contrasts the different revenue trends, with Sonatel increasing its revenues by 202% and MTN’s revenues declining by 58% compared to Q1 2014. 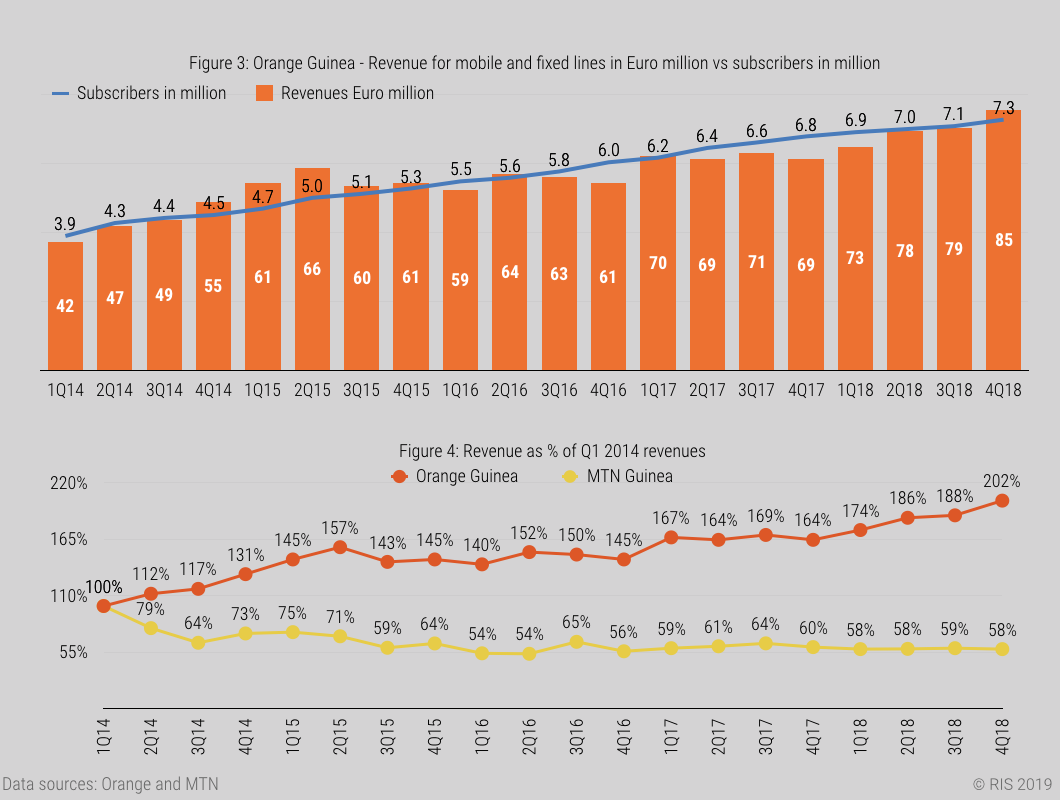 Figure 5 displays the revenues for all mobile operators in Guinea and confirms that overall revenues and subscribers increased. 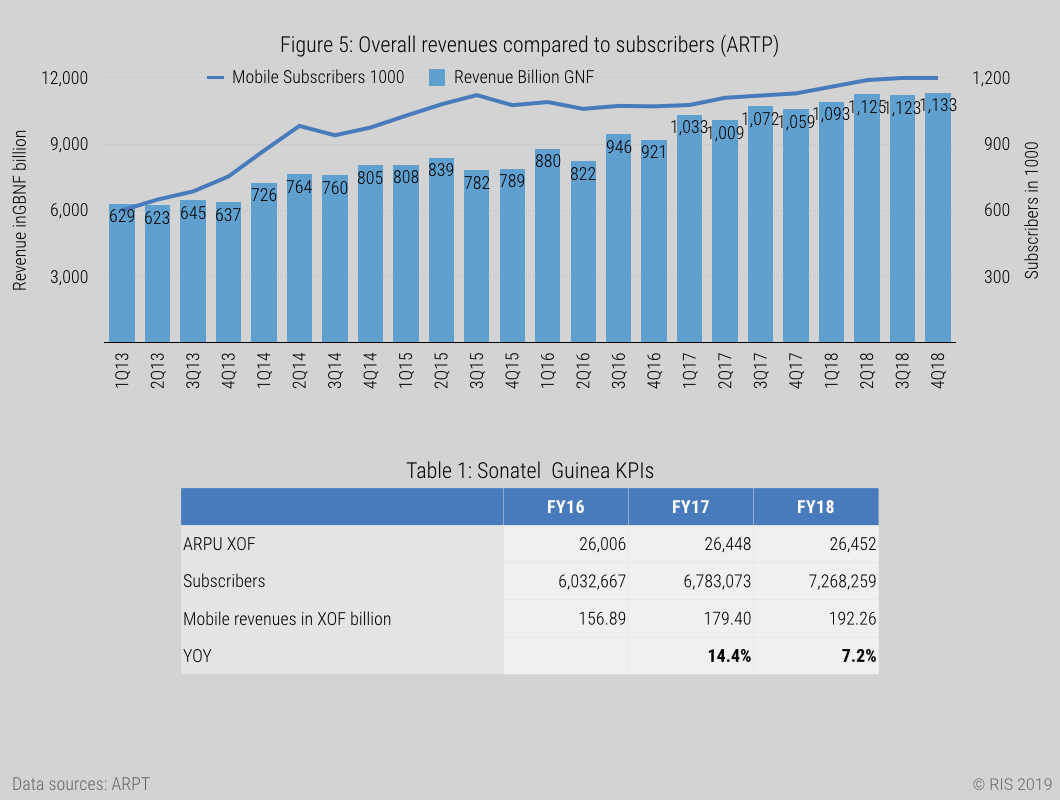